A new study published in the journal Nature on November 11th shows the importance of cholesterol metabolizing protein in cancer immunotherapy. The group reported that by downregulating PCSK9, a protein that regulates cholesterol levels in the body, one could potentially enhance the tumor’s response to immune checkpoint therapy. However, it was found that this mechanism was independent of  PCSK9’s cholesterol-regulating functions.

Instead, the downregulation of PCSK9  regulates the levels of MHC1, a cell surface protein that is important for the presentation of antigens on the surface of tumor cells. This is a novel mechanism for increasing intratumoral infiltration and holds great potential as an anti-cancer treatment. Incidentally, the FDA approved drugs that target PCSK9 protein to treat familial hypercholesterolemia are already available. These treatments can now be tested in combination with various commercially available checkpoint inhibitors for their effect on tumor reduction.

PCSK9 deficiency alone reduces the growth of cancer inside a mouse host. However, the growth of cancer cells in PCSK9 deficient mice was further reduced when treated with anti-PD-1 checkpoint therapy. To further prove this synergy, the authors took advantage of anti-PCSK9 therapies already available for patients suffering from hyperlipidemia. Evolocumab and alirocumab are two FDA approved treatments that target PCSK9. By combining anti-PCSK9 neutralizing antibodies with anti-PD1 therapy, the authors showed an increase in the efficacies of anti-PD1 treatment. Moreover, the combo resulted in the long-term survival of the host mice.

While most cancer therapies show efficacy initially, their effects soon fade away when the tumor drug resistance sets in. This is one reason why checkpoint therapies fail after a point in time, necessitating a different treatment approach. The authors of the publication tested whether such tumors responded to anti-PCSK9 therapies. Interestingly, they observed a growth reduction in tumors, which had developed resistance to checkpoint therapy following anti-PCSK9 therapy.

Interestingly, the authors discovered that the mice that remained tumor-free after initial inoculation with PCSK9 deficient tumor cells had developed an anti-tumor immune memory. This means that they could reject the cancer cells when these mice were rechallenged with wild-type tumor cells.

However, there was no increase in the number of T-regulatory cells, which are responsible for suppressing the function of immune cells. Moreover, both the number and diversity of mature T cells significantly increased in PCSK9-deficient tumors. This suggests that overall the tumor environment became more immune active when PCSK9 was deleted from tumors. While this was seen by genetically deleting PCSK9 from tumors, challenging the tumor with PCSK9 directed antibody treatment also led to the same results.

However, the authors noted that of all the immune cells that infiltrated the tumor in the PCSK9 deficient cell line, the CD8+ T cells were of utmost importance. Removing “CD8+ T cells completely abolished the growth delay of PCSK9-deficient tumors.” Additionally, tumor cells deficient for PCSK9 were more susceptible to the cytotoxic action of CD8+ T cells.

Next, the authors investigated whether the PCSK9 deficiency that led to tumor susceptibility towards CD8+ T cells is due to the surface level regulation of antigen-presenting molecule, MHC. This is because they observed high levels of MHC1 molecules bound to the peptide on PCSK9 deficient tumor cells. Similarly, a rise in MHC levels was also observed upon evolocumab treatment. Moreover, when MHC1 protein, H2-K1, was genetically depleted in tumors deficient for PCSK9, the tumor grew normally. All the observations suggested that PCSK9 might regulate the levels of MHC1 on the surface of tumor cells, which is important for growth reduction displayed by PCSK9 deficient tumor cells.

The authors suggest that this negative regulation of MHC1 is controlled by PCSK9-mediated lysosomal degradation based on the observation that a higher number of MHC1 molecules are localized in lysosomes in cells deficient for PCSK9 as compared to the wildtype. Also, treatment with bafilomycin that inhibits lysosomal function substantially increased the levels of MHC1 in control cells but did not change much in PCSK9-knockout cells.

Together, the data suggest that when PCSK9 deficiency helps in getting cancer noticed by increasing MHC1, a protein that is important for the activation of immune cells. 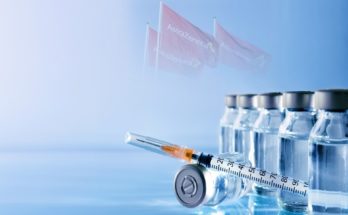 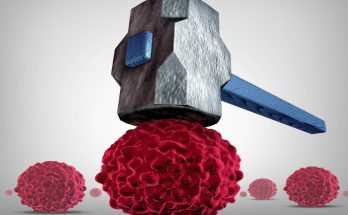