From a gene-editing tool that could edit a single gene, CRISPR has evolved to switch on or off. Recent improvements to scale-up editing capabilities have focused on how multiple edits could be performed on multiple genes simultaneously to understand their interconnectivity in the function of a cell.

To that end, researchers from the University of California, San Francisco, have developed a new technique to screen genes important for the development and survival of a cell type by separately turning on/off each gene with genome-wide CRISPR. These changes are temporary and reversible and hence allow us to study disease-related environments.

The study, published in Nature Neuroscience, focused on identifying genes associated with neurodegenerative diseases like Alzheimer’s and dementia. The authors performed a gain-of-function CRISPRa screen on human stem cell-derived neurons to activate/overexpress one gene at a time.

This study, in tandem with their previous report where they established a loss-of-function CRISPRi screen to switch off genes, uncovered a list of genes essential for neuronal function and survival. Strikingly, the top 10 genes that caused toxicity in the CRISPRi screen were inhibitors of oxidative stress, and top hits in the CRISPRa screen were apoptotic genes with minimal overlap between CRISPRi and CRISPRa hits.

Neurodegeneration results from severe oxidative stress in neurons. Hence, the team looked at genes that caused a buildup of reactive oxygen species (ROS) in the cells or destabilized the redox balance in the neurons. The authors validated the mechanistic basis for one of the hits, PSAP, a gene that codes for prosaposin, a lysosomal protein.

Investigating the levels of ROS and lipid peroxidation in PSAP KO lines, they demonstrated that loss of PSAP causes oxidative stress leading to neuronal ferroptosis, an indication of aging. Further studies showed that this PSAP-related ROS pathway was specific for neurons and is mediated by the accumulation of lipofuscin.

By grouping the top hits from the screens and selecting those with previously reported association to neurodegeneration, the authors performed a secondary screen to reveal clusters of genes that shared transcriptomic profiles, which could help understand the interconnected regulation in genes.

This study was the first to screen genes in differentiated human neurons. The authors have made all the data from these functional genomic screens publicly available in a database called CRISPRbrain. The team intends to repeat such screens in other brain cell types such as astrocytes and glia to look further into the genetic basis of neurodegeneration.

In a press release, lead author Martin Kampmann, Ph.D., Associate Professor, Institute for Neurodegenerative Diseases and the UCSF Weill Institute for Neurosciences, noted that “This is the key next step in uncovering the mechanisms behind disease genes.”

The genome-wide CRISPRi/CRISPRa screen could help understand the systemic role of genes and their expression levels with cell type and tissue specificity. At the intersection of gene sequencing, stem cell, and CRISPR technologies, such studies can help uncover the mechanisms behind genetic diseases and are especially useful in dissecting multigenic disorders such as cancer. 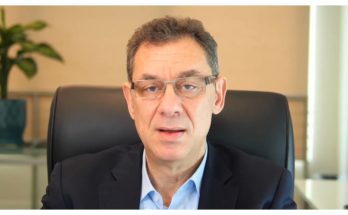 From Great Challenges to Great Opportunities: An Outlook on US-China Biotech Relationships 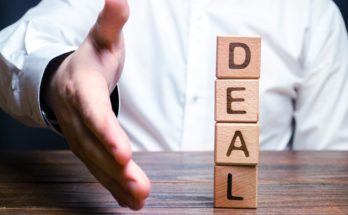 View all posts by Sahana Shankar →