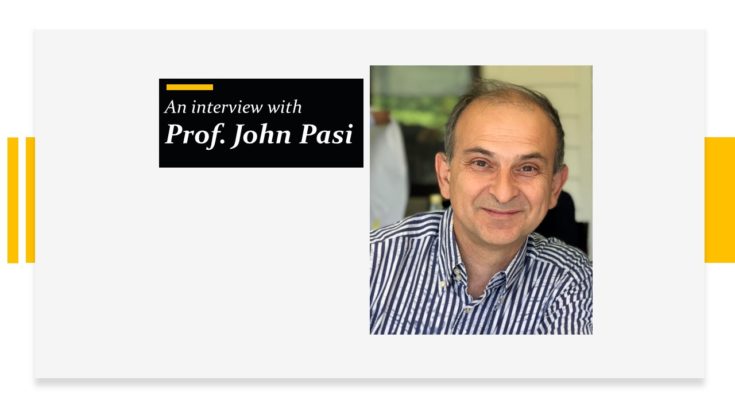 Hemophilia is an inherited blood disorder where victims suffer from uncontrolled bleeding post injuries. The major forms of the disease, Hemophilia A and B, are characterized by the genetic deficiency of factors VIII and IX, respectively. Of all the diverse therapies available, gene therapy holds incredible promise with its ability to cure the disease via a single-dose administration. Although safety and durability are the biggest hurdles for the field, “advances in gene therapy have been a terrific transformational change,” says Dr. John Pasi, an expert who has been closely involved in the design and development of clinical trials for new gene therapies.

Dr. John Pasi is a Professor of Haemostasis and Thrombosis at Barts and the London School of Medicine and Dentistry. He has extensive clinical experience in haemostasis and thrombosis and is a key member involved in the development of national policy and guideline formulations. We invited him to share his opinions on burning topics and issues within the field of gene therapy for Hemophilia.

We initiated the interview by querying Prof. Pasi on what drew him to gene therapy. “My interest in gene therapy goes back almost 30 years when I was first appointed as a consultant at the Royal Free Hospital,” he said. “Someone suggested gene therapy, as it was a new technology in the 1990s. But everything we did was an abject failure at that point, and for the first ten years, we really did not progress,” he added.

When asked to describe the growth of the field, Prof. Pasi compares gene therapy to the “Gartner’s hype cycle,” where there is an initial trigger in technology, followed by a big trough that turns into a plateau of productivity. He explained that the 1990s saw a huge technology trigger making researchers excited about the prospects of gene therapy. However, by the end of that decade, they encountered numerous problems and unforeseen issues. “Some of them were predictable, and we took a step back,” he said.

He then went on to explain how the next decade was a learning phase for the community. “By 2000, everybody became a bit disillusioned. They felt that the technology was not perfect, and it will perhaps improve in five years’ time. However, in the 2000s, a number of people worked behind the scenes in labs and preclinical settings, trying to make gene therapy work. That was a rather quiet time from a clinician’s point of view, but there was vast learning in the background,” he said.

Progress in Gene Therapy for Hemophilia

Prof. Pasi then talked about the advancements in the late 2000s, when results supporting the feasibility of gene therapy emerged. This was a stage when people strived to improve on past learnings. This paved the way for the breakthrough results obtained for experimental gene therapy for Hemophilia B, the results of which were published in The New England Journal of Medicine in 2011.

“Of course, it was mostly based on AAV platforms, which by default was deemed the best bet to approach,” he mentioned.

“From a clinical perspective, it was from 2015 onwards when trials were conducted, and the data has been coming through to suggest that therapies were beginning to work,” he continued. “Our expectations have changed with early data. We might be expecting to achieve a bit more than we might be able to. So, I think it’s time to take a step back and reevaluate. But undoubtedly, we now know we can do it”.

However, he stressed that from a scientific perspective, researchers would like to probe how does it actually work? “Knowing that will help them improve the durability, variability, reliability, and most importantly, the short and long-term safety of these treatments,” he asserted.

Safety is certainly a deciding factor for gene therapies to get approved. Last August, the FDA put BioMarin’s Roctavian, a hemophilia A gene therapy, on hold, citing the lack of safety and efficacy data. In December, the agency also halted uniQure’s Phase 3 HOPE-B trial evaluating an investigational hemophilia B treatment, AMT-061 (etranacogene dezaparvovec), after a patient developed liver cancer.

When asked about these setbacks, Prof. Pasi said the job of regulatory agencies is to be conservative and to verify whether the drug is safe and effective. “They want to see more results and ensure the Phase 3 data is consistent with the data obtained from a very small number of patients in Phase 1 and 2”.

Prof. Pasi was involved in the Phase 3 trials of both the above-mentioned therapies. He said both trials had put a lot of numbers into the program. So it is incredibly important to collect all information and validate them. “Regulators are going to put great onus on those numbers as they have to verify the claims. It allows them to make better judgments on bigger datasets.”

Prof. Pasi opined that one could understand the conservative view of regulators because these treatments are built on a completely different approach. “Gene therapies are a paradigm shift. We need to know where the therapy is heading, be reassured that it is going to deliver, and also ensure safety,” he stressed.

We next steered the conversation to some of the promising candidates in the space. When asked about his comparisons of the candidates in development, Prof. Pasi said that it’s very hard to say which one is better. “The bar gets set by whoever is out there furthest into time, which is now BioMarin’s BMN-270 (Roctavian)”.

However, he noted that the challenge for all of these candidates is durability, where the high factor VIII levels originally achieved in the early stages of the trial declines as years go by. He said the data for Pfizer’s SB-525, an experimental gene therapy originally developed by Sangamo in collaboration with Pfizer, is limited at the moment.

“We have got years worth of data presented at ASH, but we are really focusing on the highest-dose cohort, cohort 4, which comprises of only five patients. It shows something similar in terms of a decline after 20 odd weeks and quite a variability. We see that variability across a range of gene therapies.”

“The most important question is not ‘can we get this to work?’ or ‘how do we get it to work?’. It’s ‘how does it actually work?’ That’s going to give us an understanding and prevent any outstanding issues in the future. We have to determine whether these issues are biology-related or product-related”.

Prof. Pasi wholeheartedly recognizes the altruistic contribution of participants who took part in Phase 1 trials when clarity regarding safety or durability is scarce. “I am always amazed that we have patients who are so generous with all those attributes. That has allowed us to advance this field,” he said.

Limitations of AAV and Hopes on Non-Viral Systems

Prof. Pasi acknowledged that while AAV is a great platform, it has its limitations. The presence of neutralizing antibodies against the AAV virus could lead to eligibility issues and, the inevitable development of AAV antibodies post treatment reduces the possibility of redosing. Besides, due to its episomal maintenance, the vector is gradually lost during cell division, making it undesirable for use in children. He said that if these limitations can be overcome, we can design gene therapies to potentially treat children, and they will become very popular.

In his opinion, non-viral systems clearly have a lot of advantages. He is very interested to see the progress of two candidates, of which one is Sigilon’s scalable cell-based system. The other is Generation Bio’s proprietary closed-ended DNA (ceDNA), a high-capacity DNA construct that is aiming to get into the clinic by the end of the year. Both these approaches would allow redosing.

“We also hear a lot about lentivirus systems but not so much in the past year. Then there is the hematopoietic stem-cell gene therapy that uses CD34 transfected stem cells” he added.

Prof. Pasi said he would put the non-viral systems on top of his list of desirables but whether that is feasible or not is a different matter. “If I had one, I would want it to be non-viral, redoseable, with an appropriately engineered cassette. It means you could treat a greater range of people”.

“Gene therapy offers a huge opportunity when it works for individuals. We are already restricting the eligible population because some are going to be seropositive for a particular serotype. Ability wise, we haven’t quite worked all that out, but if we had a non-viral system, some of these issues would melt away,” he summed up.

The high price tag of gene therapies is a huge challenge, and it invites discussions about payments. Prof. Pasi says that paradoxically, socialized healthcare systems might be better placed to fund gene therapy if they go down that route.

“What’s quite interesting is that there is no system in place anywhere in the world to address this sort of type of financing. But I think countries with socialized systems would be in a position to develop those,” he said.

“Gene therapy is going to be hugely expensive, but we might be able to adapt the reinvestment systems to cope with that. Years ago, I remember talking to some financial analysts, suggesting that there could be sort of a derivative market in gene therapy,” he added.

When asked if the encouraging results observed for gene editing endeavors for inherited blood diseases like β-thalassemia and sickle cell disease can be emulated for hemophilia, Prof. Pasi said the technology is very new, and it’s all going to depend on the efficiency of the approach. “We need a highly efficient system in order to be able to edit an appropriate number of cells. It will be possible in the future, but we need more information,” he said.

“Hemophilia A and B have very specific mutations, and there is a need for a standard approach. I would wait to see how they could address that because you could always end up with a whole range of things that are going to be family-specific,” he added.

We concluded the discussion by asking about his overall thoughts on the field. Prof. Pasi says the last five years have been a hugely exciting period. Hemophilia treatments have changed dramatically since the early 2000s. Today there are many therapies such as extended half life factor therapies, bispecific antibodies, and several rebalancing therapies along with gene therapy candidates are under evaluation.

“It has given patients several options. It’s a very positive time at the moment, but that doesn’t mean that we can’t improve upon current technologies. Everybody has been quite focused on safety, maybe more than other diseases, just because of gene therapy’s chequered history. But it has been a terrific transformational change,” he summarized.

Prof. Pasi made a great closing statement underscoring the importance of broadening global access to therapies. “Around 75% of the world does not have access to hemophilia treatment. Treatment advances must not be just limited to improving patient care in the developed world but must be extended to low-income countries,” he said.

“Some of the advances are utterly transformational, can save lives and improve the quality of life beyond recognition. If we can actually deliver them to low-income countries, then we would have done a huge service to people with hemophilia. That’s the sort of hope we have for these technologies” he concluded. 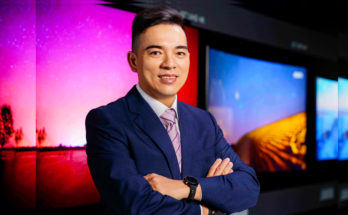 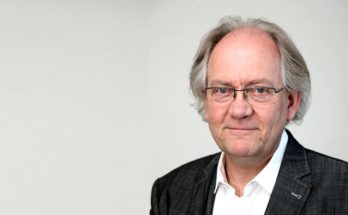 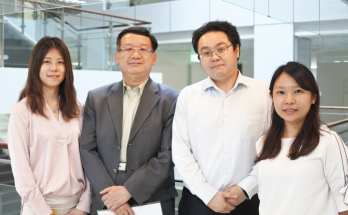 View all posts by Rajaneesh K. Gopinath →
Tweets by GeneOnlineNews